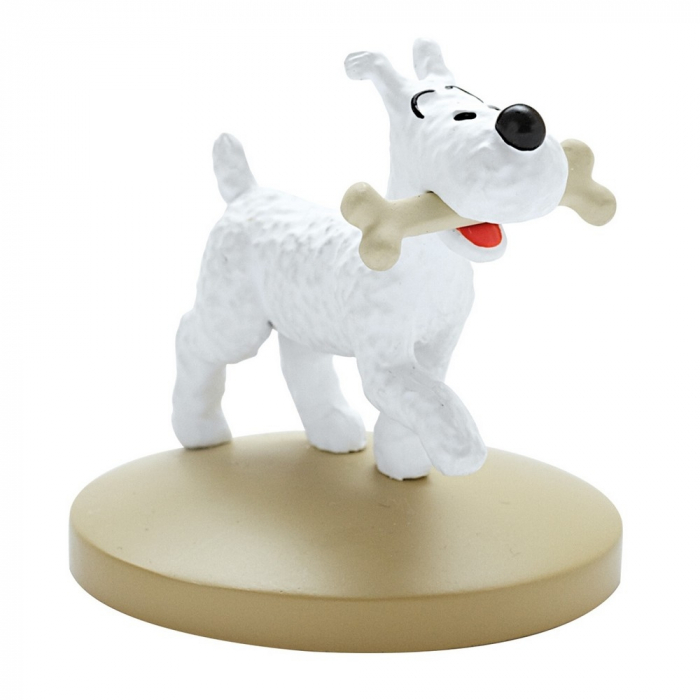 This resin figurine of Snowy with his bone is part of a series of beautiful statuettes, designed and manufactured with a keen attention to the original detail in Hergé's drawings. Height: 5cm.

Snowy (French: Milou [milu]) is a fictional character in The Adventures of Tintin, the comics series by Belgian cartoonist Hergé. Snowy is a white Wire Fox Terrier who is a companion to Tintin, the series' protagonist. Snowy debuted on 10 January 1929 in the first installment of Tintin in the Land of the Soviets, which was serialised in Le Petit Vingtième until May 1930.

Snowy is modeled in part on a Fox Terrier at a café that Hergé used to frequent. Milou, Snowy's original French name, was the nickname of Hergé's first girlfriend.

In the first eight Tintin adventures, Snowy regularly addresses his internal monologue to the reader. Hergé diminished Snowy's speaking role after the introduction of Captain Haddock in the ninth story, The Crab with the Golden Claws.