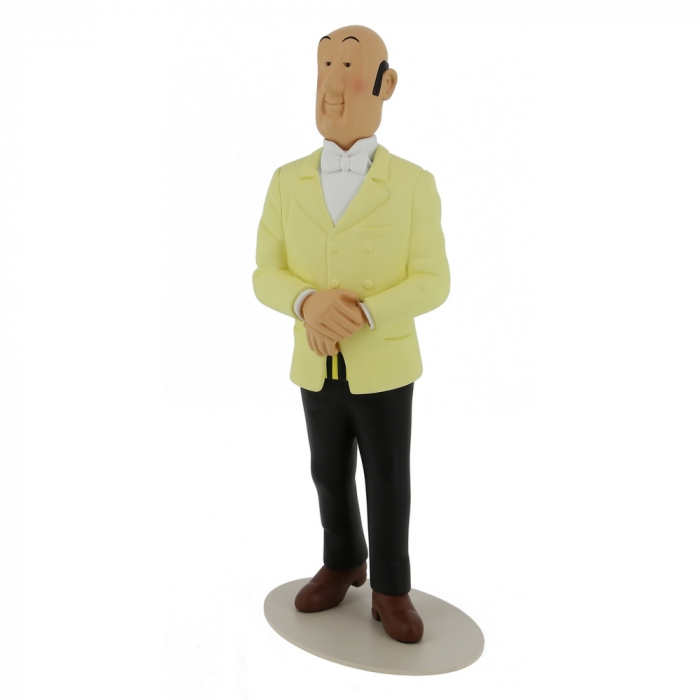 Resin figurine from the Moulinsart collection The Imaginary Museum of Tintin: Nestor the butler. Comes with a certificate of authenticity. Height: 25cm.

Nestor is a fictional character in The Adventures of Tintin, the comics series by Belgian cartoonist Hergé. He is the long-suffering butler of Marlinspike Hall. Nestor is the epitome of a butler (or, in French, majordome) of French society. Noble, loyal, always the domestic servant, Nestor serves his master Captain Haddock and any house guests such as Tintin, Professor Calculus, or Bianca Castafiore.