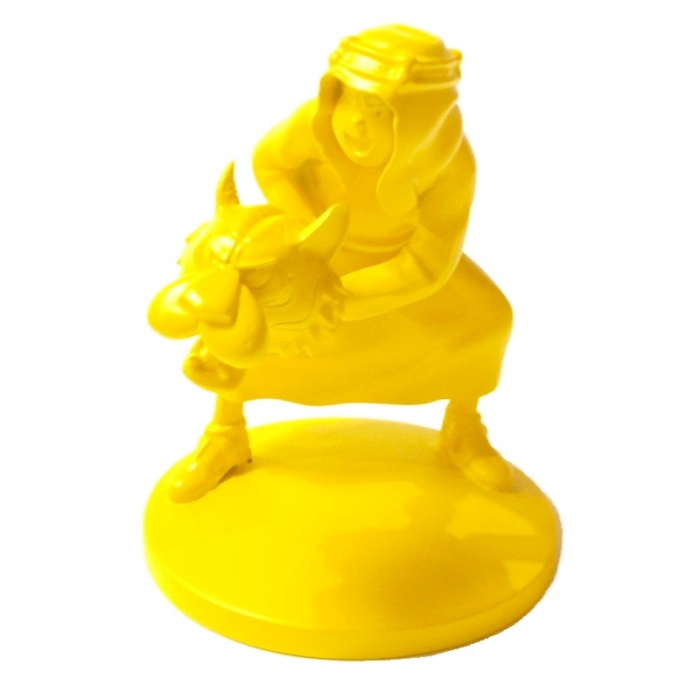 Abdullah is the spoiled, mischievous young prince of the fictional Arabic state of Khemed, whose father is Mohammed Ben Kalish Ezab, the Emir. Abdullah first appears in Land of Black Gold, then in The Red Sea Sharks when the Emir entrusts his son to Tintin's care.

Abdullah is a serial practical joker whose favourite victim is the short-tempered Captain Haddock. Abdullah has a tendency to dislike people and promise punishments from his father to everyone who annoys him—even as he is playing pranks on them. He grows to heavily like Captain Haddock, however, whom he finds his tantrums and general behaviour hilarious.