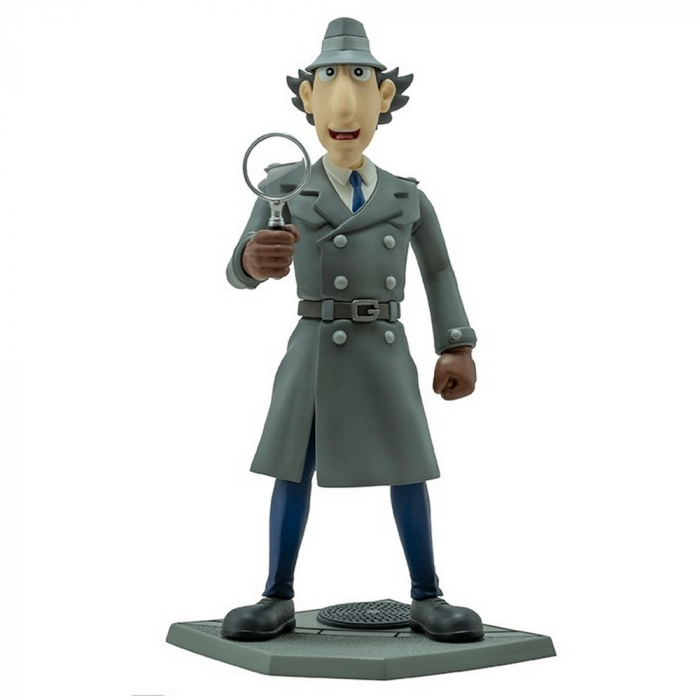 Go Gadget Go !! After having rocked our childhood of his investigations with his niece Penny and her dog Brain, the famous inspector will soon join the SFC line by ABYstyle Studio. Height: 17cm.

Inspector Gadget is a media franchise that began in 1983 with the DIC Entertainment animated television series Inspector Gadget.[3] Since the original series, there have been many spin-offs based on the show, including additional animated series, video games, and films.

The franchise follows the adventures of a powerful but dimwitted cyborg police inspector named Gadget as he investigates the criminal schemes of Dr. Claw and his organization, M.A.D., as they fruitlessly attempt to stop him. However, neither side is aware that it is Gadget's niece, Penny, and her dog, Brain, who are truly responsible for thwarting M.A.D.