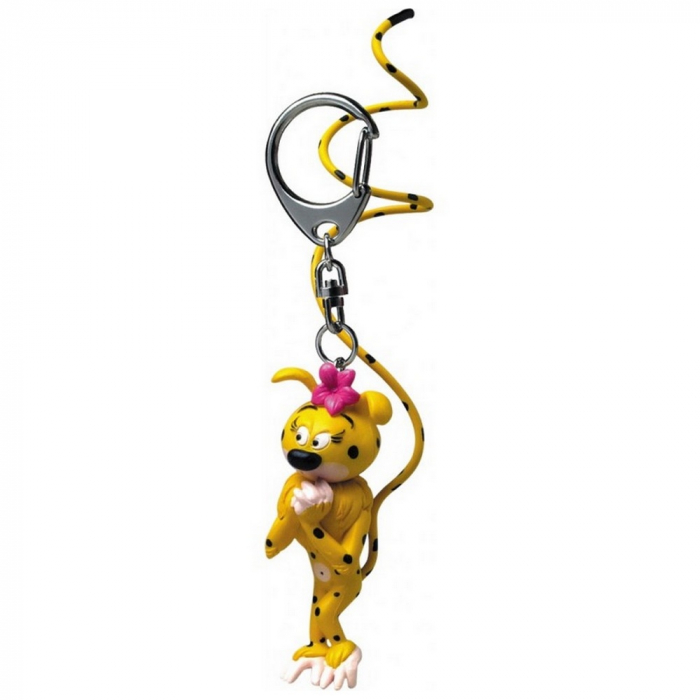 Nice Plastoy Keychain based on the classic cartoons and comics about The Marsupilami: The Female Marsupilamie. Height: 7cm.

Marsupilamie is the queen of the jungle of Palombia. From a sweet character, he loves to take care of his nest and his three adorable baby marsupilamis.