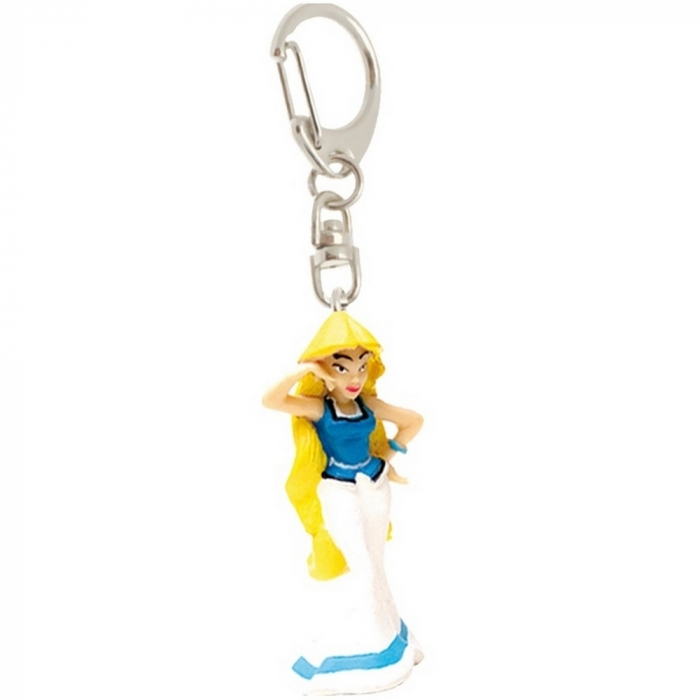 Nice Plastoy Keychain based on the classic cartoons and comics about Asterix and Obelix: Panacea.

Panacea (Falbala): A beautiful young lady who is the daughter of Soporifix. She went to school and now lives in Condatum. Obelix has a crush on her. First appears in Asterix the Legionary; also "For Gaul Lang Syne", Asterix and Obelix All at Sea — although this is only a brief appearance — Asterix and the Actress (although the majority of her appearances are that of an impersonator). She sends Obelix a letter and appears in Asterix and Obelix's Birthday: The Golden Book. Along with Tragicomix, she appears in the animated film Asterix Versus Caesar. The same couple appear on the live-action film Asterix and Obelix vs Caesar, played by Laetitia Casta and Hardy Krüger Jr.