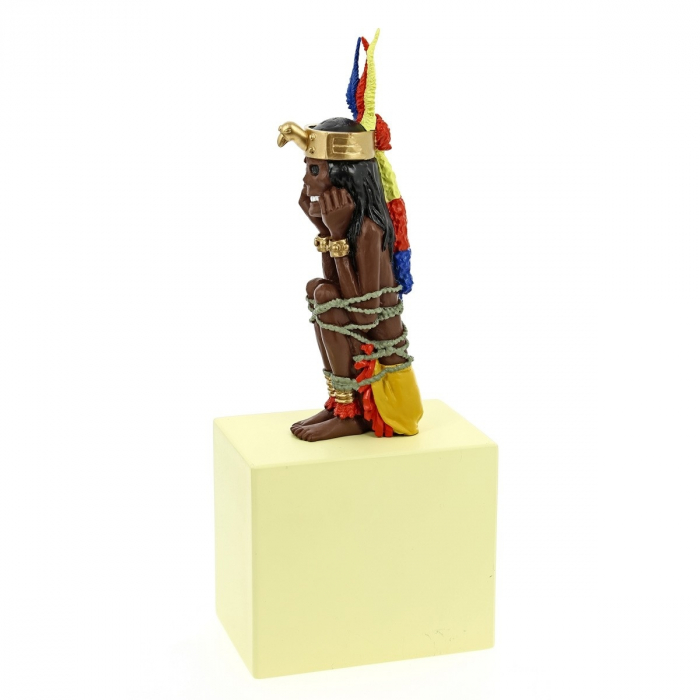 Resin figurine from the Moulinsart collection The Imaginary Museum of Tintin: The Rascar Capac Mummy. Comes with a certificate of authenticity. 29cm. Rascar Capac – aka “He-who-unleashes-the-fire-of-heaven” – is presented here on a beige-coloured base.