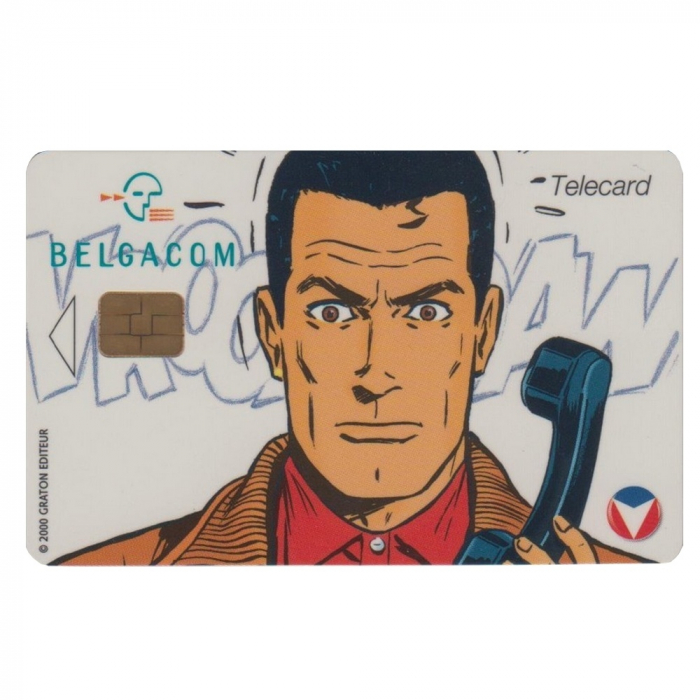 Real Belgian Phone Card of Michel Vaillant (Belgacom company). Delivered in a printed cardboard booklet, with a landscape format, that opens like a book. Limited edition and numbered 1000 copies with certificate of authenticity.