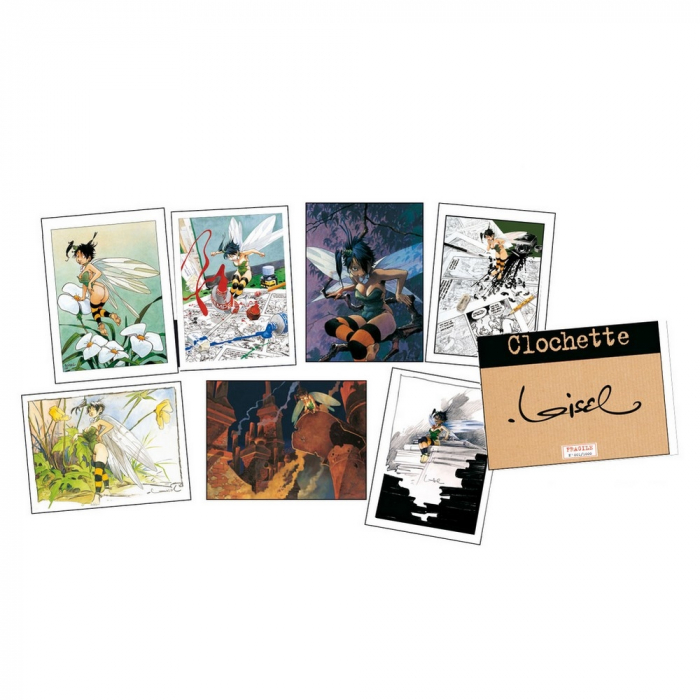 Tinker Bell is a fictional character from J. M. Barrie's 1904 play Peter Pan and its 1911 novelization Peter and Wendy. She has appeared in multiple film and television adaptations of the Peter Pan stories, in particular the 1953 animated Walt Disney picture Peter Pan.

Barrie described Tinker Bell, the fairy who mended pots and kettles, an actual tinker of the fairy folk. Her speech consists of the sounds of a tinkling bell, which is understandable only to those familiar with the language of the fairies.

Though sometimes ill-tempered, spoiled, jealous, vindictive and inquisitive, she is also helpful and kind to Peter. The extremes in her personality are explained in the story by the fact that a fairy's size prevents her from holding more than one feeling at a time, so when she is angry she has no counterbalancing compassion. Fairies can enable others to fly by sprinkling them with fairy dust (called "pixie dust" in the Disney films, and presented as "starstuff" in Dave Barry and Ridley Pearson's novel series). At the end of the novel, when Peter flies back to find an older Wendy, it is mentioned that Tinker Bell died in the year after Wendy and her brothers left Neverland, and Peter no longer remembers her.

In Walt Disney's 1953 film version of Peter Pan, the character is blonde, dressed entirely in green clothing, animated and has no dialogue. As in the original play, Peter verbally interprets her communications for the sake of the audience and bell noises are used when she makes gestures.

Tinker Bell has become one of Disney's most important branding icons for over half a century, and is generally known as "a symbol of 'the magic of Disney'". She has been featured in television commercials and programme opening credits sprinkling pixie dust with a wand in order to shower a magical feeling over various other Disney personalities, though the 1953 animated version of Tinker Bell never actually used a wand. In the picture and the official Disney Character Archives, she is referred to as a pixie.

3 other products in the same category: