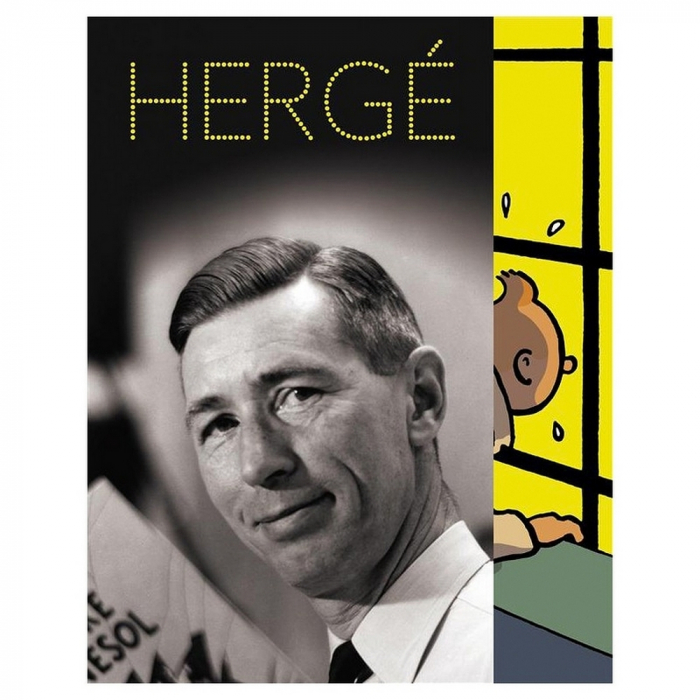 Postcard of the Hergé Exhibition at the Grand Palais that was held in the French town of Paris in 2016.