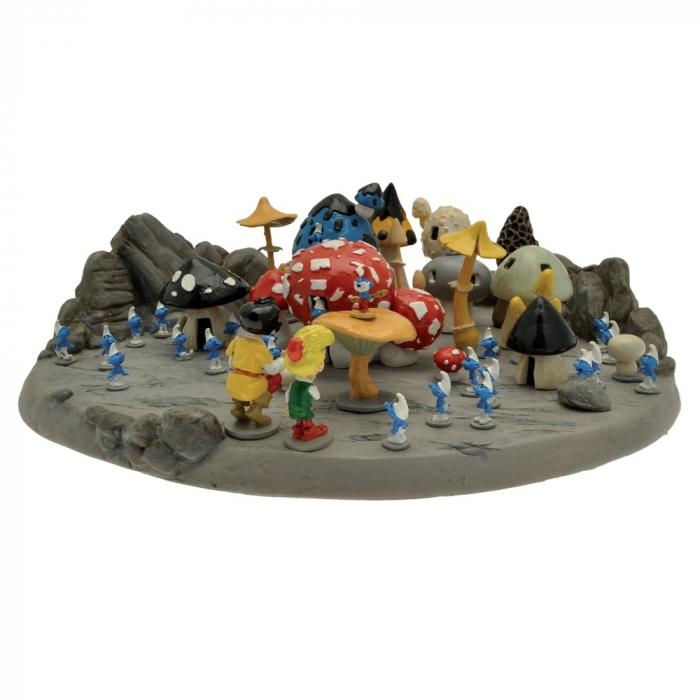 Collectible Figure Johan and Peewit The Smurfs And The Magic Flute by Pixi. (542 Years) Numbered and limited to 300 copies.

The Smurfs And The Magic Flute" (La Flûte à six schtroumpfs in French) was a comic book story originally created and published in 1958 by Peyo under the title La Flûte à six trous ("The Flute with Six Holes") as part of the Johan and Peewit series of stories.