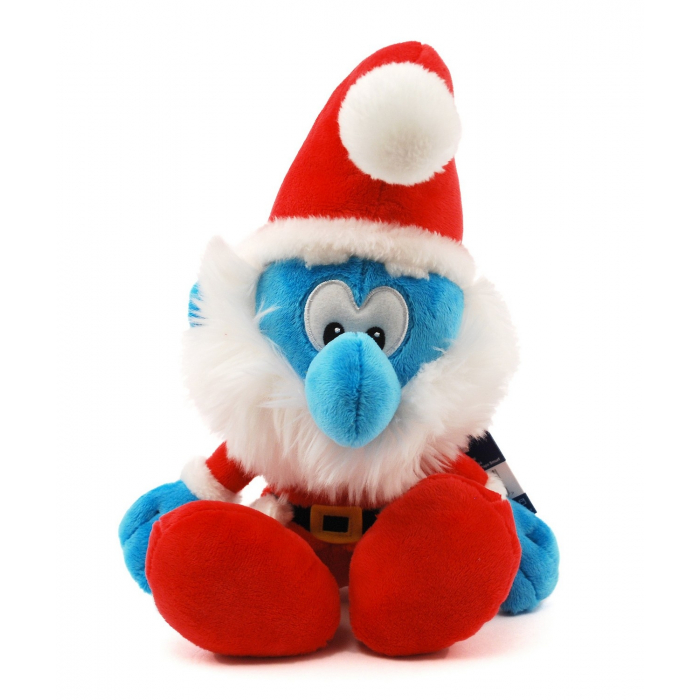 This cuddly, soft Smurf is the perfect friend for little children. A companion during the day, a soft teddy bear for nighttime – just right for a cuddle at any time! measures approximately 25cm. Papa Smurf dressed as Santa Claus.