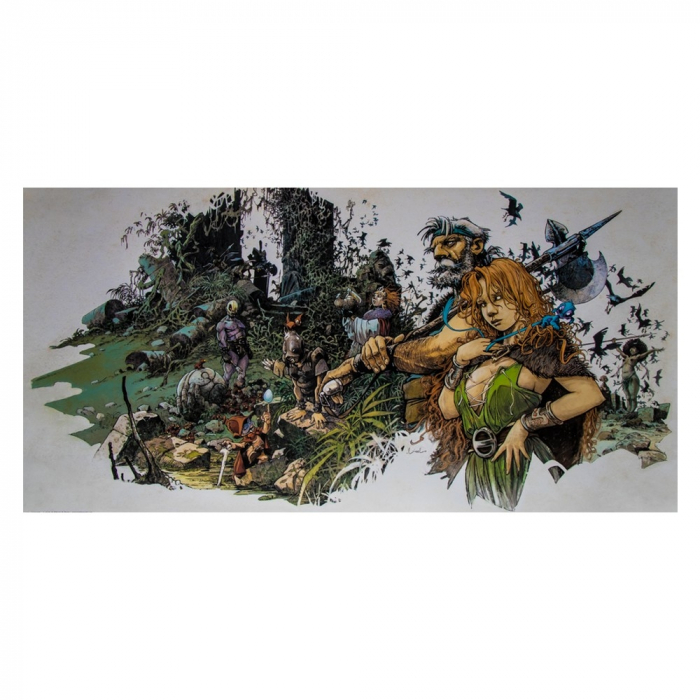 Poster in color that shows the main characters of the series: La Quête de l'Oiseau du Temps (The Quest For The Time Bird) by Régis Loisel and Serge Le Tendre. Published by Dargaud. Is printed on a Fedrigoni Stucco Old Mill 250g paper. 50x25cm.

The world of Akbar is in danger. In ancient times, one of the gods, Ramor, rebelled against his peers, but was defeated and imprisoned inside a conch. But over the millennia which have passed since that day, the magic has weakened, threatening to unleash Ramor upon the world once more. The sorcerer-princess Mara has found a way to prevent the god's resurrection and to bind him again to his prison. To succeed during the incantation, however, she needs the legendary Time-Bird, a mythical beast able to control the flow of time. Mara sends her daughter, Pelisse to a past lover, Bragon, once a fearsome warrior, now a gray-haired lord of the manor, to convince the aging hero to embark on one last adventure in order to save the world of Akbar.