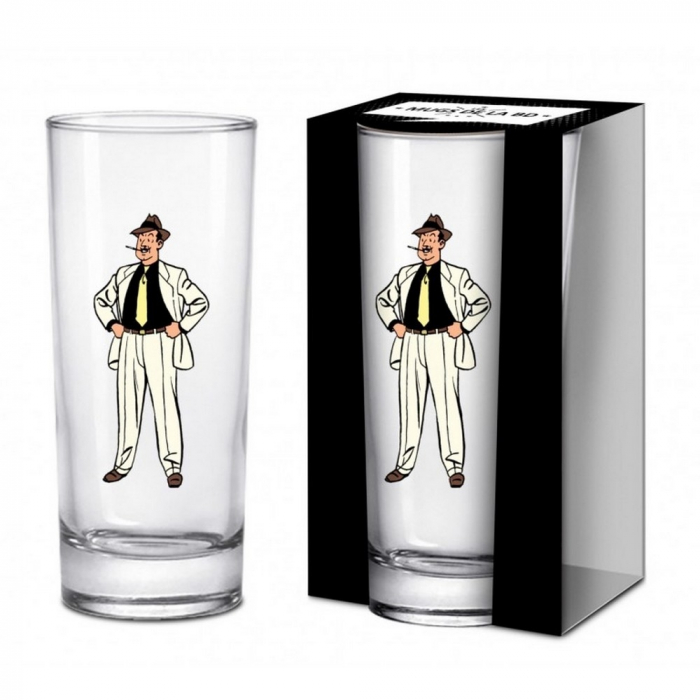 Long Drink Glass Blake and Mortimer: Olrik. Ideal for a gift! The glass is official and licensed with a capacity of 420ml.

Colonel Olrik, is the perennial villain from the first installment onwards. Of the original series there was only one book that did not feature him in one capacity or other: Le Piège Diabolique (The Time Trap). Olrik started out in The Secret of the Swordfish as the head of intelligence for Oriental dictator Basam Damdu. His activities have since ranged from mercenary, spy, smuggler and general criminal adventurer. His nationality, real name, birth places are Unknown. He is believed to be a Hungarian. Olrik's appearance is a self-portrait of Jacobs.