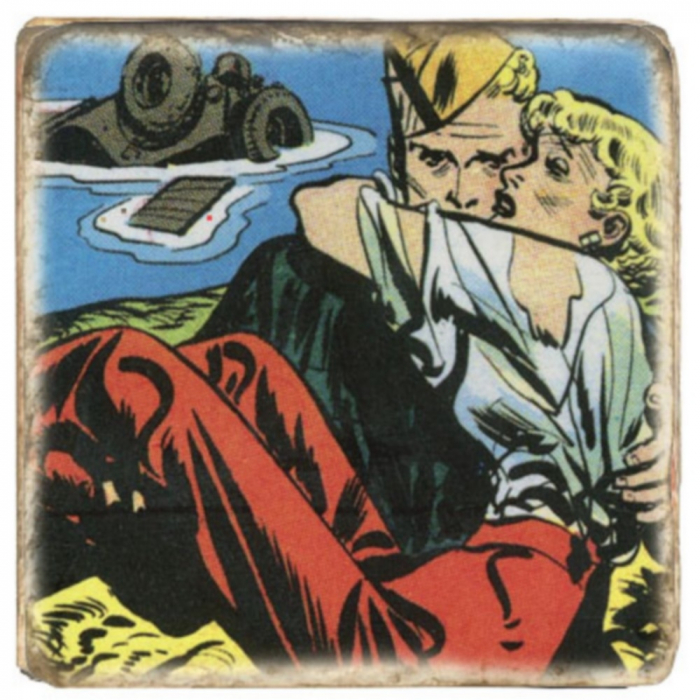 Collectible marble sign Steve Canyon, Milton Caniff: in the arms of Steve Canyon. Limited edition of 29 copies, hand-numbered from 1 to 29.