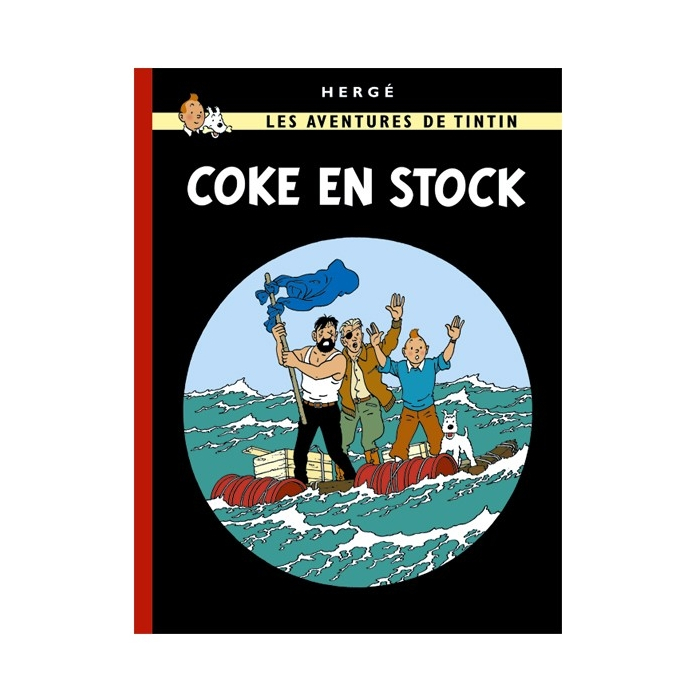 The Red Sea Sharks (French: Coke en stock) is the nineteenth volume of The Adventures of Tintin, the comics series by Belgian cartoonist Hergé. The story was initially serialised weekly in Belgium's Tintin magazine from October 1956 to January 1958 before being published in a collected volume by Casterman in 1958. The narrative follows the young reporter Tintin, his dog Snowy, and his friend Captain Haddock as they travel to the (fictional) Middle Eastern kingdom of Khemed with the intention of aiding the Emir Ben Khalish Ezab in regaining control after a coup d'état by his enemies, who are financed by slave traders.