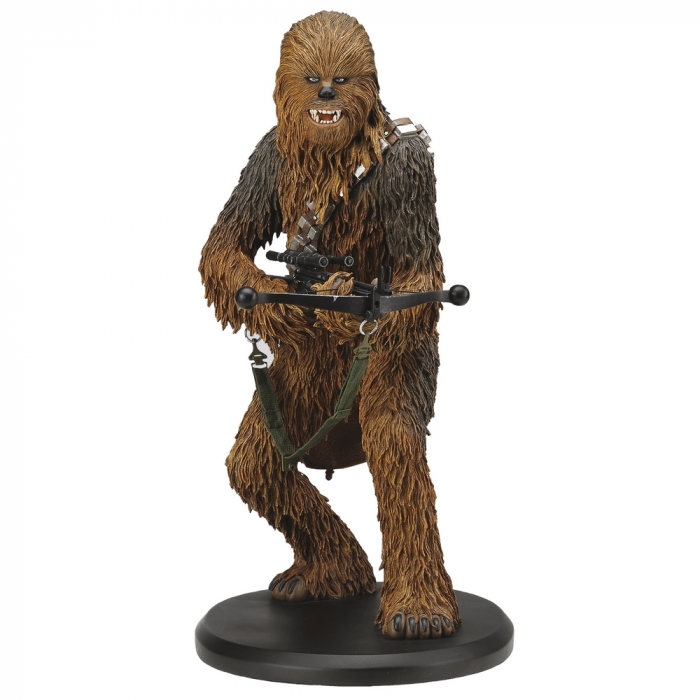 Chewbacca (/tʃuːˈbɑːkə/), nicknamed Chewie, is a fictional character in the Star Wars franchise. He is a Wookiee, a tall, hirsute biped and intelligent species from the planet Kashyyyk. Chewbacca is the loyal friend and associate of Han Solo, and serves as co-pilot on Solo's spaceship, the Millennium Falcon. Chewbacca is portrayed by actor Peter Mayhew in the Star Wars saga films, with Joonas Suotamo serving as a body double in The Force Awakens and The Last Jedi and later took over the role in the upcoming, as yet untitled Han Solo movie. The character has also appeared on television, in books, comics, and video games.