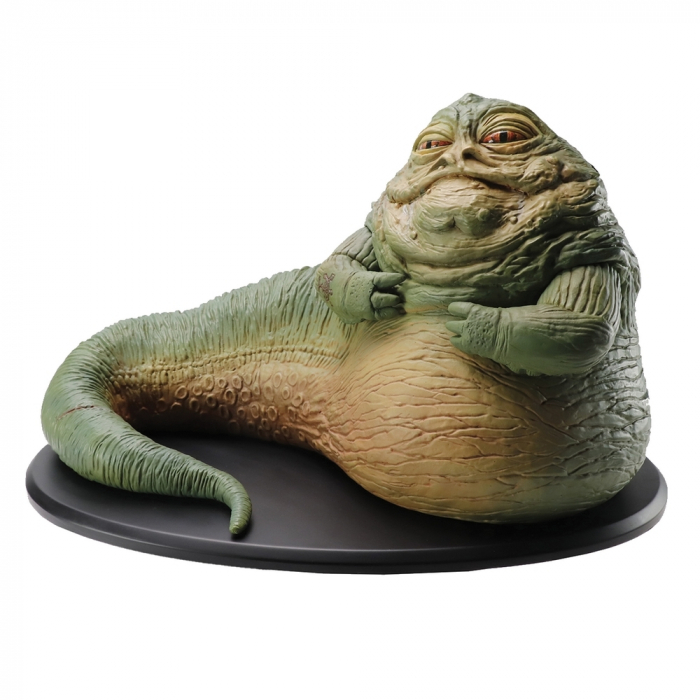 Jabba Desilijic Tiure, commonly known as Jabba the Hutt, is a fictional character and an antagonist in the Star Wars franchise created by George Lucas. He is depicted as a large, slug-like alien. His appearance has been described by film critic Roger Ebert as a cross between a toad and the Cheshire Cat.