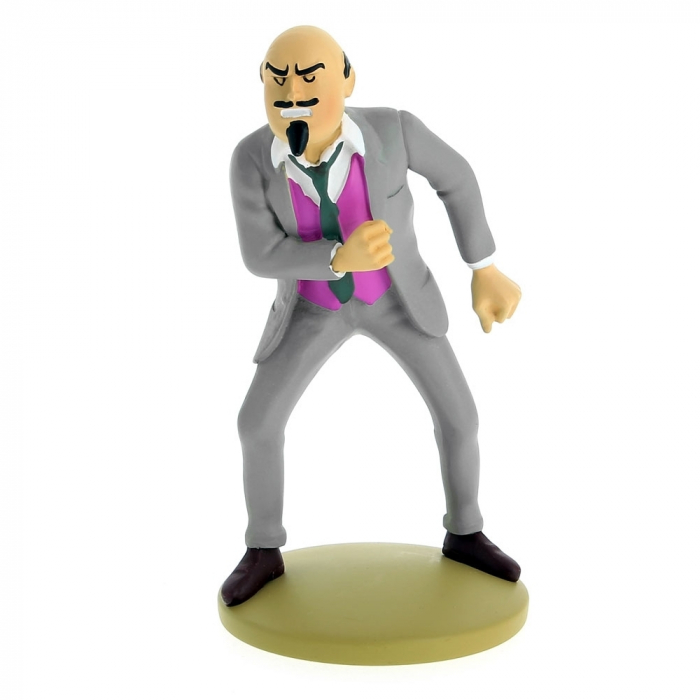 This resin figurine of Tintin, Dr. J. W. Müller is part of a series of beautiful statuettes, designed and manufactured with a keen attention to the original detail in Hergé's drawings. Height: 13cm.

Dr. J. W. Müller is the evil German psychiatrist whose position and qualifications serve as a cover for more villainous activities, including mistreatment of patients, counterfeiting, and later criminal mercenary. Hergé considered Müller "a Rastapopoulos figure prepared to risk his own life. Müller frequently uses profanities such as "Kruzitürken" that are of Bavarian origin, suggesting his background to be Bavarian or Austrian, but he could also be Swiss or South-Tirolian. As with Rastapopoulos, his true nationality is never revealed.