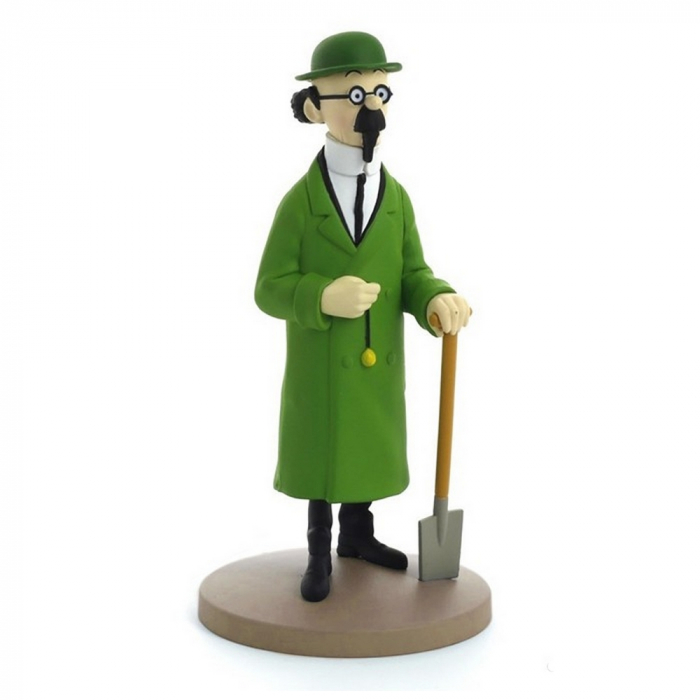 This resin figurine of the Professor Calculus and spade is part of a series of beautiful statuettes, designed and manufactured with a keen attention to the original detail in Hergé's drawings. Height: 14cm.

Professor Cuthbert Calculus (French: Professeur Tryphon Tournesol [pʁɔ.fɛ.sœʁ tʁi.fɔ̃ tuʁ.nə.sɔl] meaning Professor Tryphon Sunflower), is a fictional character in The Adventures of Tintin, the comics series by Belgian cartoonist Hergé. He is Tintin's friend, an absent-minded professor and half-deaf physicist, who invents many sophisticated devices used in the series, such as a one-person shark-shaped submarine, the Moon rocket, and an ultrasound weapon. Calculus's deafness is a frequent source of humour, as he repeats back what he thinks he has heard, usually in the most unlikely words possible. He does not admit to being near-deaf and insists he is only a little hard of hearing in one ear.