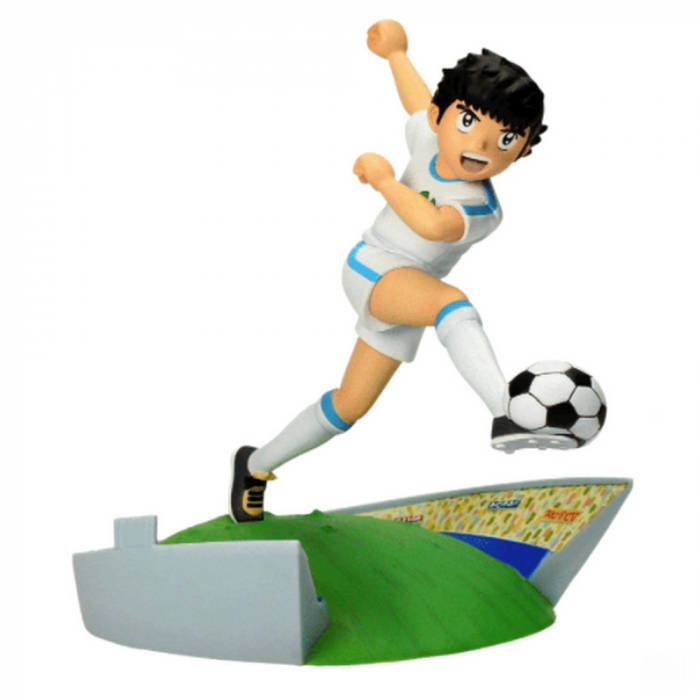 Collectible figurine SD Toys Captain Tsubasa: the protagonist is Oliver Atom himself as he was shown in the first episode, running through a crowded field. Height: 16,5cm.

Captain Tsubasa (Japanese: キャプテン翼, Hepburn: Kyaputen Tsubasa) is a Japanese manga series written and illustrated by Yōichi Takahashi since 1981. The series mainly revolves around the sport of association football focusing on Tsubasa Oozora. The series is characterized by dynamic and exciting football moves, often stylish and implausible. The plot focuses on Tsubasa's relationship with his friends, rivalries with his opponents, training, competition and the action and outcome of each football match. Across the multiple Captain Tsubasa series, the plot shows Tsubasa's and his friends' growth as they face new rivals.