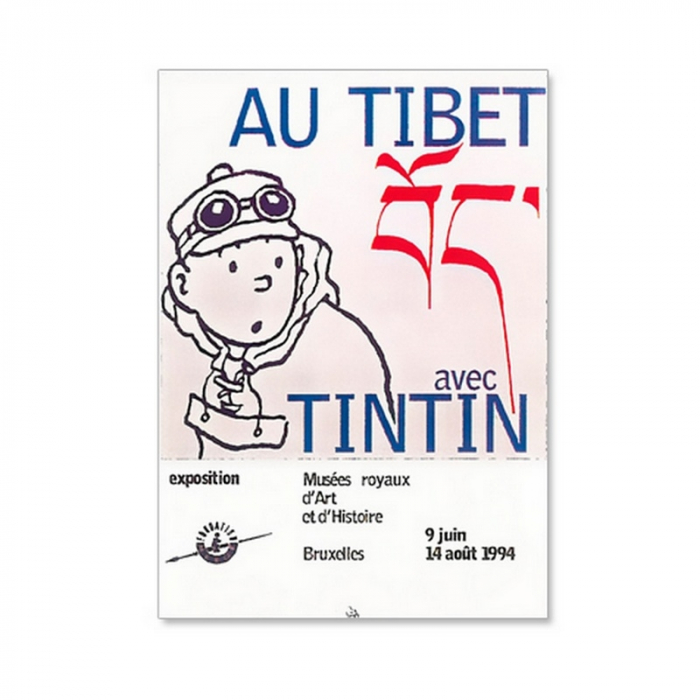 French-language Tintin poster of the Into Tibet with Tintin exhibition that took place in Brussels in 1994.