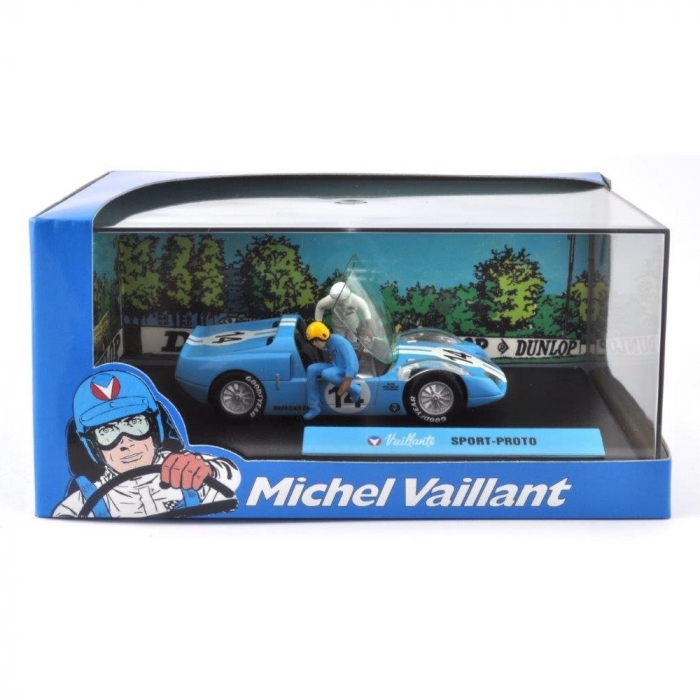 1/43 scale Sport-Proto car, serie based on the illustration on the Michel Vaillant comics. Toy car, made of metal and plastic. Delivered in its cardboard box with window.

This miniature car collection of "Les voitures Michel Vaillant", scale 1/43 was manufactured by ixo and distributed by Altaya. These cars were created by cartoonist Jean Graton comics Michel Vaillant .