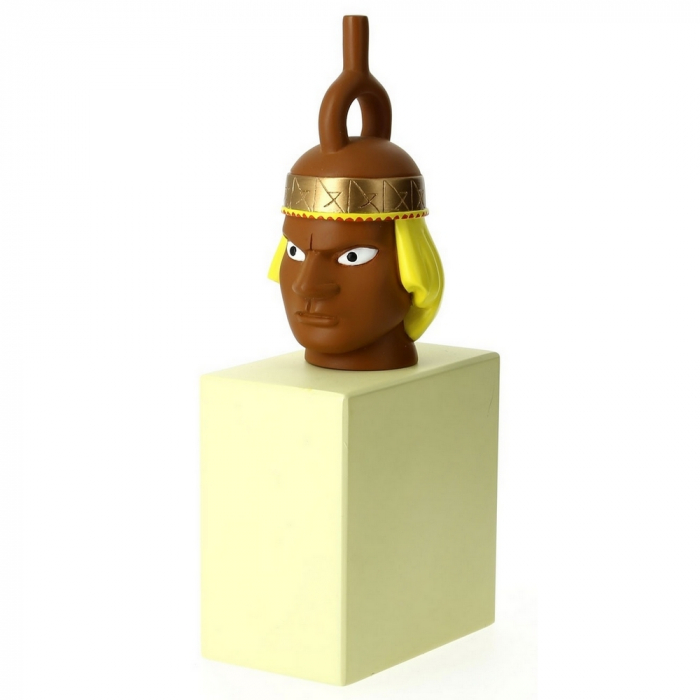 Resin figurine from the Moulinsart collection The Imaginary Museum of Tintin: The Mochica Vase. Comes with a certificate of authenticity. 17,5cm. The Mochica Vase is presented here on a beige-coloured base. This vase dates back to the Mochica culture and was the inspiration for the vase drawn on page 45 of the adventure.